On my second cup of early morning coffee, checking and replying to emails, I thought about how I might encourage folks to use this Blog feature.  I think it has real potential to add value and interest to the site, if only folks could be prompted to use it...

So, I decided to create my own, just to illustrate how it works... That way, I can address some of the "back story" about what's going on here.

To begin with some history and perspective, the underlying Snitz Forums 2000 software for the old site was a great alternative at the time. It was open-source (meaning no purchase cost) and had strong support from its user community.  It was written in the  "classic ASP" programming language which allowed me -- a non-programmer -- to make minor changes to it when necessary. 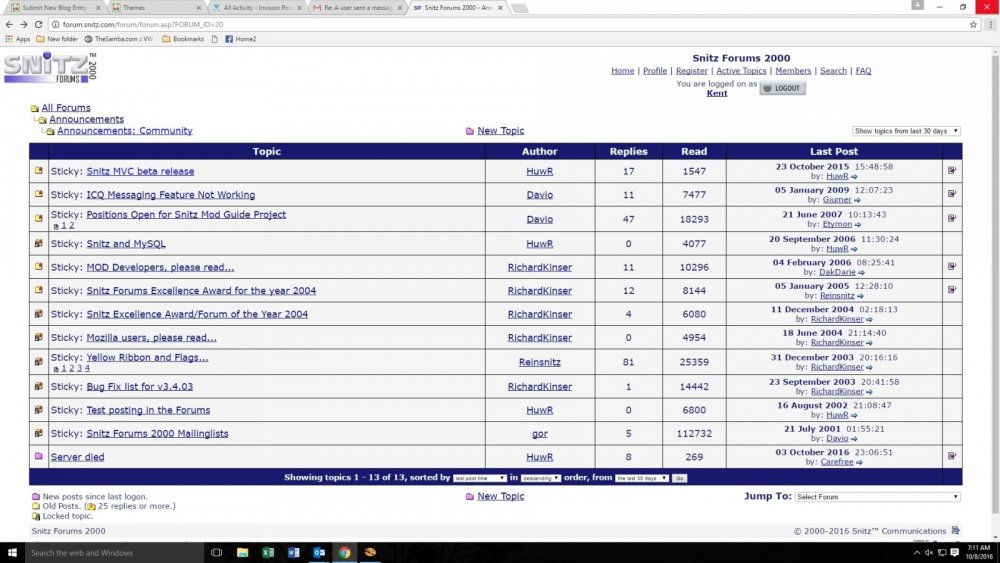 At that point in time (mid-1999), the "Club" had not been officially formed (much less charging dues), I was paying all costs associated with the site out of my own pocket (with some donations from like enthusiasts) so cost was an issue. Similarly, being a "non-coder" I needed an easy-to-use way to create web pages to save and share the information that was starting to be shared or donated by early visitors/members, and Microsoft's FrontPage was about the most powerful, easy-to-use, website creation tool available.  Snitz and FrontPage "played well together" on Windows servers, so I decided to use them.  The site and the Club grew over the years, the Snitz software went through a couple of major new releases and upgrades, and overall the structure served us pretty reliably for 15+ years.

But, time and technology continued to change things, while the volume of information that accumulated here grew larger and larger.  I ran up against the limits of what FrontPage could handle several years ago, Microsoft abandoned the product. and I was basically unable to add any significant new content to the Simple trACtors portion of the site.  So, I started evaluating software called Content Management Systems (CMS).  I've watched that market for several years, watching things come and go, and no software was clearly "winning" in the marketplace.  I experimented with several, and found all were limited, and none did what I really needed/wanted to do.  Meanwhile, Snitz grew less and less popular, with less and less support -- and simply was not responding to the changes in the market.  It, too, became obsolete -- though the code we were running was still chugging along reliably, as limited as it might be/have been..

I've been monitoring the trends in both "on-line communities" and CMS for at least 10 years or more, and no "clear winners" were emerging.  Two commercial forums -- Invision Power Board and vBulletin -- seemed to have garnered the lion's share of the market, while dozens (if not hundreds) of free/shareware/open-source systems have come and gone.  On the CMS side of the market (for the static, unchanging content like the reference material on Simple trACtors), no "clear winners" were apparent.  Instead, the market seemed to stratify -- with very high-end systems (read that as complex and expensive) run by large corporations, while more entry-level or affordable systems were coming and going.  The two with the largest market share (Joomla and Drupal) are both open-source, as is Wordpress which has grown out of the "blogging" community to try to do all things for all people, including content management and discussion forums.  Those three (with Wordpress having the largest user base) tend to dominate the market of affordable options -- but all three have significant technical issues/limitations.

Meanwhile, smart phones (including tablets) and social media (Facebook, Twitter, etc.) were changing the whole landscape.  All web software packages (including both forums/communities and CMS systems) were struggling to adapt, support and incorporate provisions for those changes.  Now, people were surfing the web with tiny screens, all the time, from everywhere and taking/posting/sharing pictures of everything, including "what's for dinner."  The market leaders in CMS (Joomla. Drupal and Wordpress) are still struggling and adapting to these changes.  However, one of the two leaders in commercial forums/community market, Invision Power Services (formerly Invision Power Board) differentiated itself -- it took the "time-out" to do a total redesign and redevelopment of its core software to address both mobile devices (and their picture-prolific world) and social media.  The others, including vBulletin, rely primarily on a 3rd party package -- Tapatalk -- to provide a mobile interface to their software, or they pay to build a custom "app" for the site, that they make available in the "app stores."   (Note that the whole commercial software vs open-source/free/shareware discussion is too far off subject to address now.)

The latest version of IPS (version 4.x) which we are running here was designed from the ground up to support mobile devices and social media. 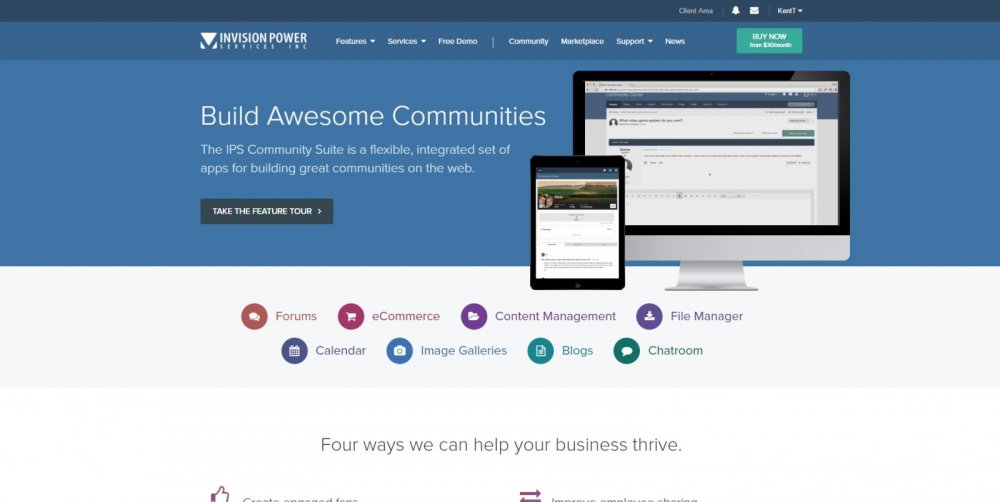 IPS also incorporated CMS capabilities that are totally integrated, though not very user-friendly (at least yet).  Other forum/community software packages largely try to address CMS capabilities by allowing seamless integration with Wordpress, for example, allowing users to log in one time and move forward and back between the forums/community and the static content of the CMS pages without realizing that they are actually using two different software packages.  So, IPS allows us to "depend on" only one company and one software system going forward.  This latest version of IPS has been in the market about 18 months, so the initial flurry of bug fixes is over, the software is relatively stable and bug-free, and many/most of the available 3rd party add-ons have now made the transition to the new version.  Note that we MUST have 3rd party support in order to add functions like the Classifieds.  (No software package out there provides ALL the capabilities that the old Clubhouse had.)

So, now on to the question of "why now?"

As was pretty apparent to anyone watching, many people are moving away from using discussion forums to such "instant gratification" things as Facebook or Twitter.  Snap a picture and share it from anywhere. The old Snitz system did neither thing very well, at all.  Though it would display on the tiny screens, navigation was a real challenge and lots of scrolling was required.  On the whole photo posting issue, it was a total failure, requiring separate actions (and software) of resizing, compressing the files,etc.  In a nutshell, those two issues were calling the whole long-term viability of the club and Clubhouse into question.  Younger users, especially, were simply going elsewhere.

So, the Executive Committee decided to create a Facebook page to serve as the home for the Club there, and to simultaneously start this major upgrade to the Clubhouse to address those issues.  While Facebook has distinct advantages/value, it is an ongoing stream of posts that are poorly organized and difficult to search and find specific information.  How long will Facebook and Twitter be so popular? Who knows what the next "big thing" will be?  Anyone remember MySpace?  That is the real strength of this Club and the Clubhouse -- the combined knowledge of the current members, and the "knowledge-base" that we have built up over almost 18 years.  The reputation as "the place" to check with the experts or find answers to tough questions/problems.  As an example, Al Eden or Dutch's knowledge and expertise is still available here in the archives.  They live on...

Thanks to our loyal members paying their annual $10 dues over the years, the Club now has the financial reserves to pay for this transition, to support the ongoing licensing costs for this commercial IPS software, and to take the next step... while retaining enough savings to ensure our future.