Celebrated President's Day weekend doing a little maintenance and snow removal. It's been a long winter here in Missouri with extended periods of lower temperatures and a fair amount of snow as well. We live at the end of a dead end street, a community really, and off the street about 500'. So I have a nice drive to push when it snows and, I usually clear from 4-6 neighbor drives as well. Linda took a picture of me on day 2. 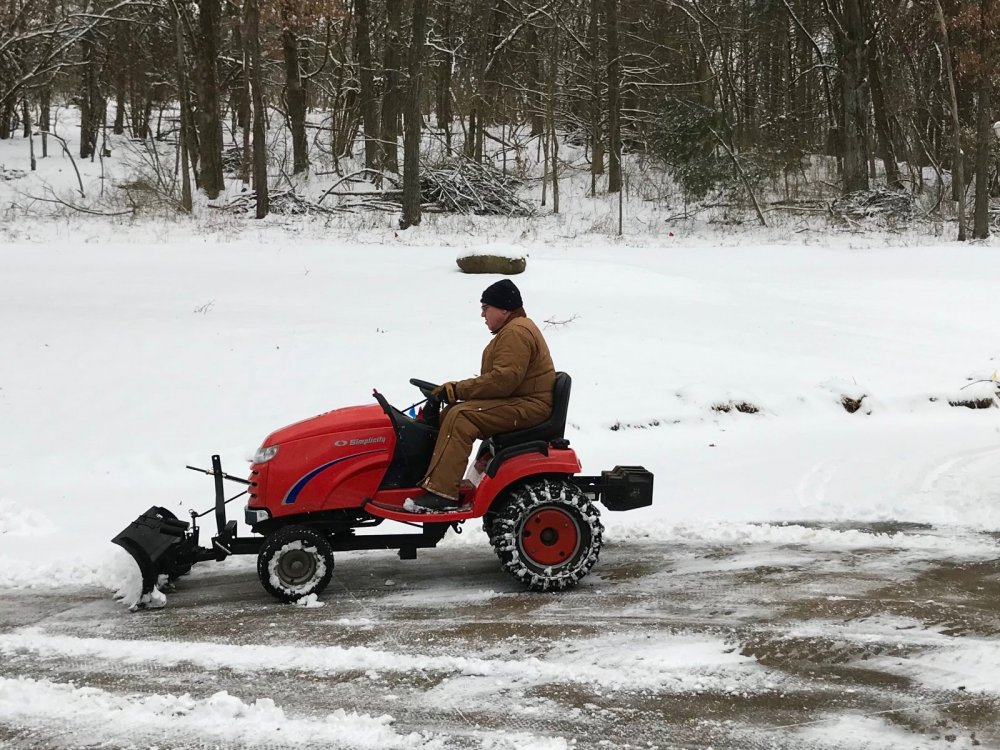 After I finished snow removal duties I decided to replace the cutting edge with one I made up. The old edge was a powermax edge I got years ago from @Chris727 when he was still in college. 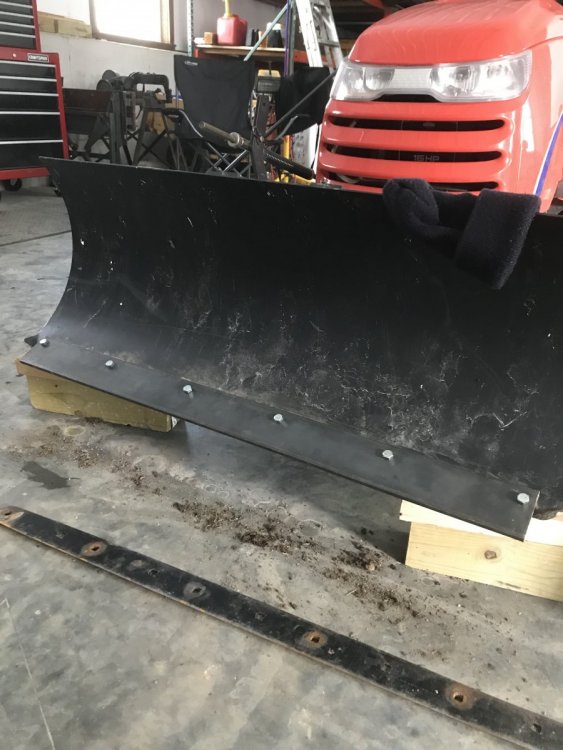 Next I installed a pair of inside wheel weights on the B210 I got in a swap with @Talntedmrgreen. Needed a bit more weight than I'd been carrying with one regular set of weights. 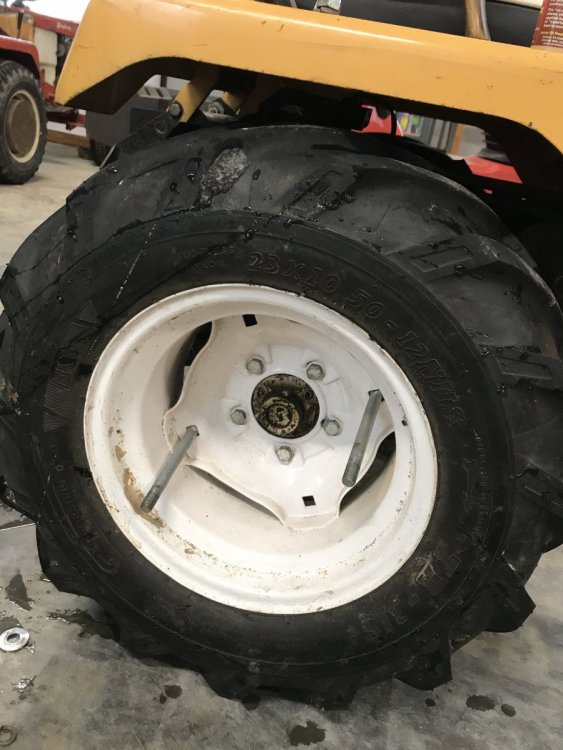 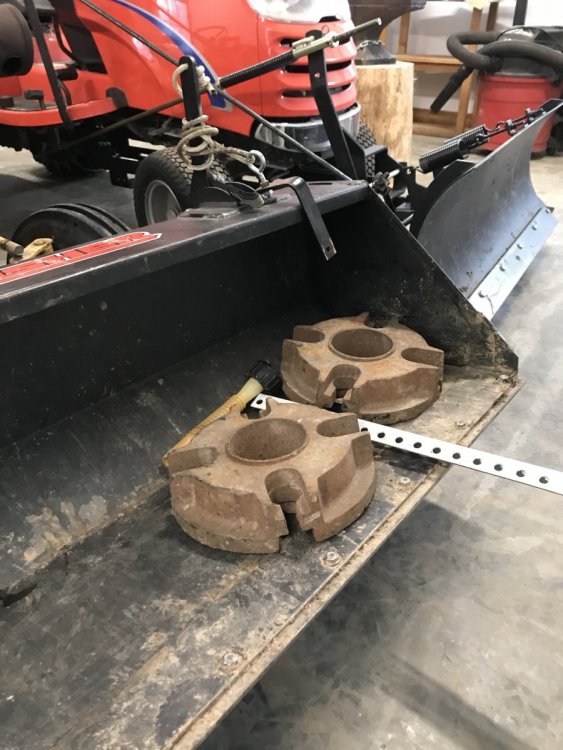 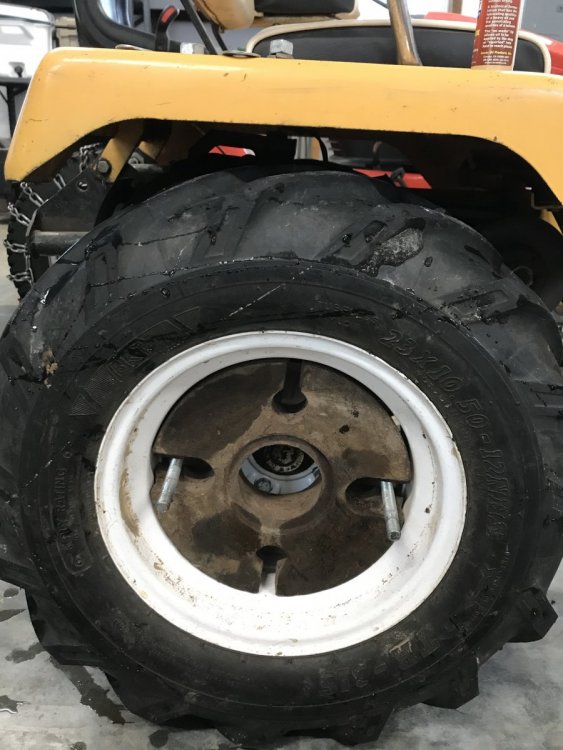 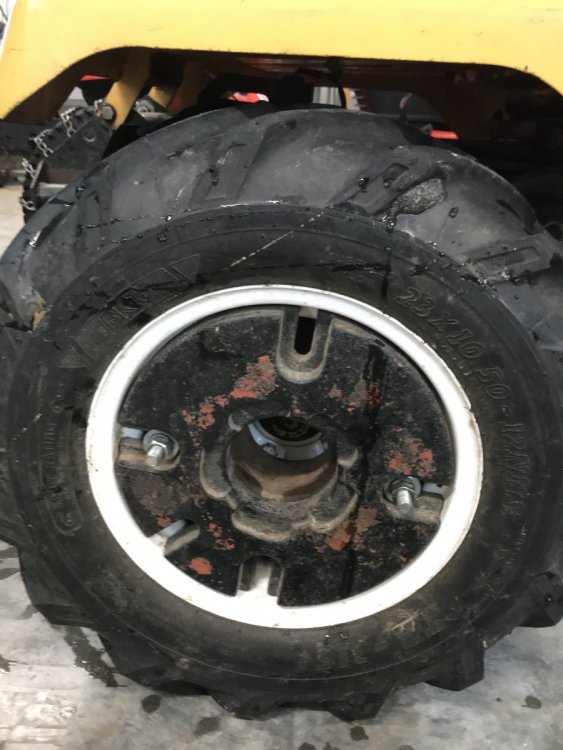 I actually had to remove the outer weights, install washers and nuts on the inside weights to keep them from moving, and reinstall the outside set with washers and nuts. I have the Swisher bucket @SmilinSam on front and I plan to roll the back tires of my Sovereign Hydro-18 into the bucket and tow it to the shop to install an engine in the next couple of weeks (look for that blog entry).