Post Office delivered the control rod for my Sunstar the other day. I purchased it from Jack's Small Engine and have to say I was not impressed. I ordered what I saw as "In Stock" where the parts I ordered were in fact not in stock and had to be ordered. So, it took much longer for the part to arrive than I was expecting. I had thought about rebuilding the old control rod, but I abandoned that idea because the control rod cost $27. The surgery was short and simple (about an hour), no other surprises when replacing the control rod. I greased the front U-joint while I had the covers off.

Now if we can get it to warm up here in southeastern WI so I can mow the grass again. It is very deceiving to look out the window and see things greening up and it is only 44 degrees. 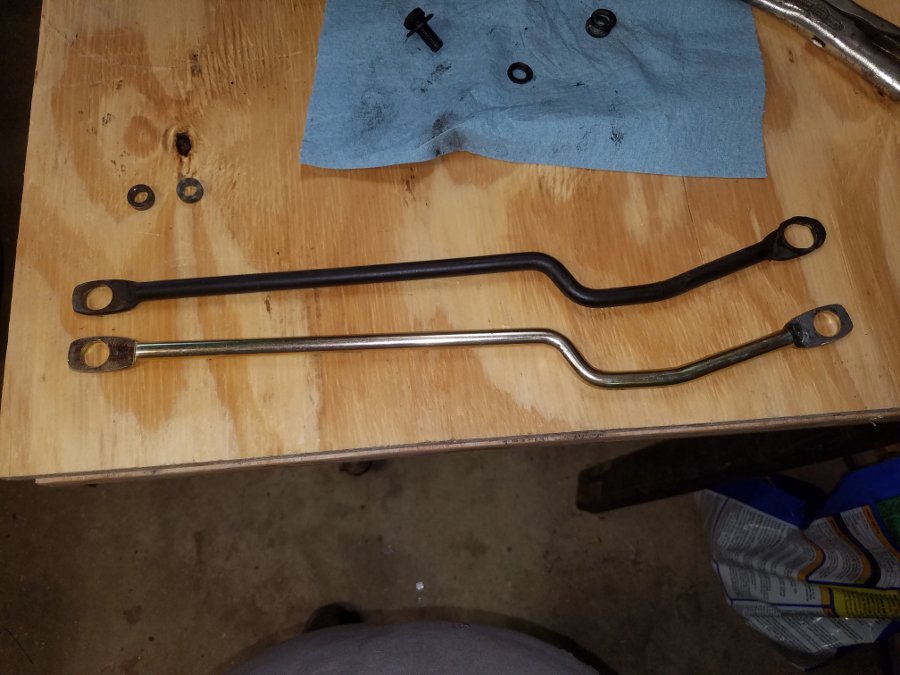