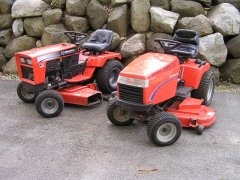 Well I finally got a torch set!