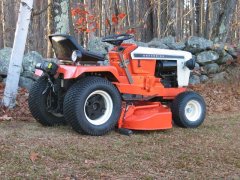 How much wear before you bore oversize?