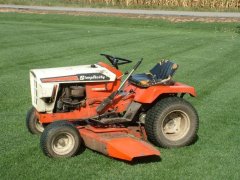 My old Sovereign failed me!