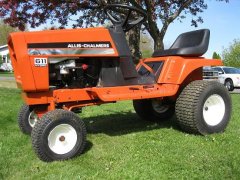 Correct engine for Allis B-1