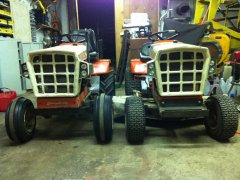 7014 S from manual lift to electric