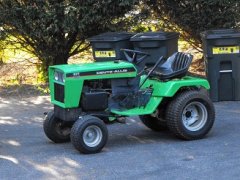 DA917H sputtered to stall while mowing...